Thriller F.E. – Federation of Europe or F*** Europe: it is a matter of opinion! Amsterdam. The European summit has convened, and the German Federal Chancellor is staying in the safest suite in the best-guarded hotel in town. Yet in the morning he is found dead and murdered, the bloody letters F.E! gouged into his belly. A barrage of questions, media coverage and police activity is unleased by this painful – and embarrassingly ill-timed assassination. The German and Dutch authorities feverishly throw themselves into solving the affair while they work at cross purposes, and an unprecedentedly well-planned conspiracy unfolds that has been intricately constructed over years. In an entirely unrelated case at the Yugoslavia Tribunal, the American prosecutor Jonas Goldhagen doggedly pursues an anonymous and sinister war criminal who leaves a unique 'signature' behind. When the two affairs mesh, the truth proves more heinous than anyone could have conceived. The thriller F.E! is the story of a successful assassination attempt and its political consequences for all of Europe. F.E! takes up where The Days of the Jackal leaves off. The pseudonym Robert Bakker masks a Dutch journalist, novelist and entrepreneur. Bakker (born 1949) worked as a freelancer for years, authored various novels, established his own publishing company and then dedicated himself to investigating the political boundaries of Europe, which led to his first thriller about a European conspiracy on a vast scale: F.E! 90,000 words /Trade Fiction
op 06:04 Geen opmerkingen: 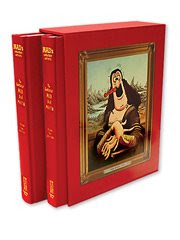